A cafe in Paris 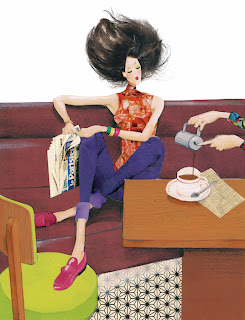 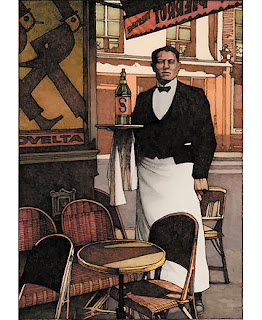 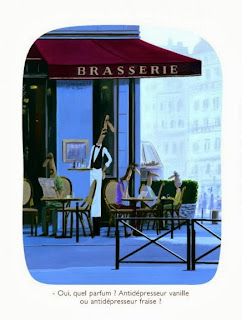 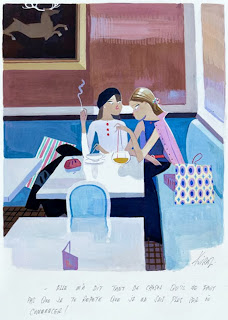 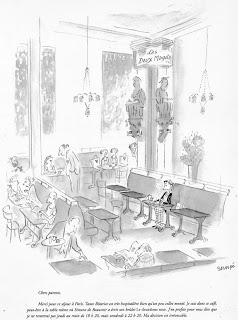 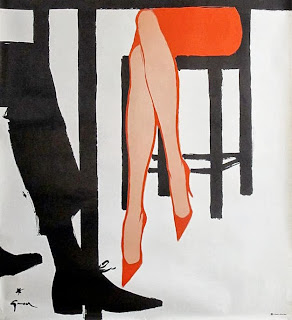 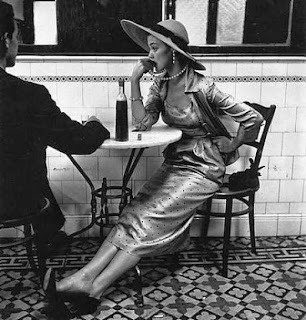 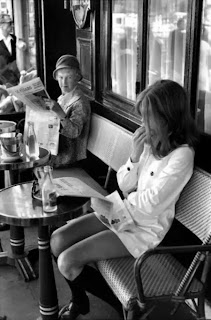 To some people Paris may seem as a clutter of Bistros, Bars, Cafes and Brasseries and sure enough my earliest memories as an 18 year old thumbing my way into France are of a mixture of Gauloises cigarette smells and cafe au lait, of waiters shouting "un jambon beurre, un!" and of those famous Turkish toilets, the French sanitary equivalent of a car driving of a cliff.
A lot of water has passed under the bridges of the Seine since then, gone are the Gauloises and the Gitanes and with them the Turkish toilets, the coffee's still not strong enough to defend itself and the waiters, well.... after all it's Paris!

Email ThisBlogThis!Share to TwitterShare to FacebookShare to Pinterest
Labels: illustration

I am a dutch illustrator living
in the US. This blog is a more personal place to share my
work and items of interest.
Stay tuned and thanks for visiting.
rwagt@optimum.net
PORTFOLIO
behance
REPRESENTED BY
Lindgren & Smith
Lindgren & Smith blog
LADIES AND GENTLEMEN